Paques is proud to inform you that on the 17th of October 2016, in the honourable presence of the ambassador of the Netherlands, Mr. A.H.M. Stoelinga, the new factory of Paques Environmental Technology India Pvt. Ltd., will be inaugurated from the Dutch Embassy in New Delhi.

The official start will be marked by unveiling a plaque, which will be mounted in the new office and production facility in Sri City, on the east coast of South India, in a similar ceremony, the next day.

The new subsidiary Paques Environmental Technology India Pvt. Ltd. is the fourth and most modern sales/production site of the Dutch company Paques, which in the last decades has specialized in the purification of wastewater and biogas, based on biotechnology. With these technologies Paques has proven to be able to help companies and governments to meet one of the greatest challenges of our contemporary society: reducing the water and CO2 footprint and recovering valuable resources from waste (water). Paques’ technologies are applied in various sectors all over the world.

The new plant (approximately 2500 square meters) is situated in one of India's modern industrial Parks - Sri City, on the south eastern coast of India. Most of the machinery for the production of internals for the Paques systems for waste water and biogas treatment were imported from Europe. Besides India and the SAARC region, the products will be supplied to customers across South East Asia, Japan, Vietnam etc.

Stephan Bocken, CEO of Paques Holding bv: "Paques India already executes large orders in the Pulp & Paper, Food & Beverage and Petro Chemical sector in India. With this "Make in India" initiative, Indian industries and municipalities will have access to advanced and innovative robust technologies, which helps them to reclaim energy from the source - wastewater and biogas. After reaching the full capacity, which is expected in 2017, the new Paques production location will employ 20 to 25 people. This will help the complete staff of Paques Environmental Technology India Pvt. Ltd. of >50 people to achieve a year-over-year growth of approx. 25%".

About Paques
Paques has over 30 years experience in helping industries and municipalities to reduce their water and carbon footprints and reclaim valuable resources. Paques’ reactor systems are found in all kind of industries and applications, such as food, pulp and paper, beer and beverages, distilleries and chemical industry. Since 1980, Paques realized more than 2,000 references worldwide. Besides the Global and European headquarters in The Netherlands, Paques has regional headquarters in China, South America, India, South-East Asia & North America. This ensures local presence and the best service for clients worldwide. 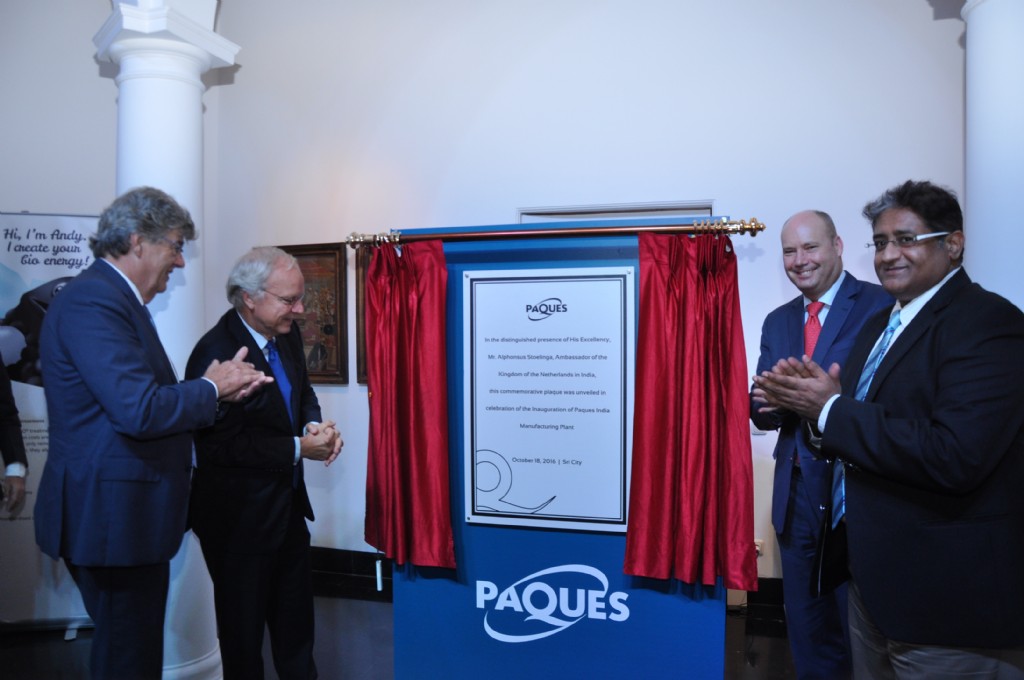